By Sarah Stites on November 3, 2015 in Academics, Careers, Student Stories

It took 6 semesters at Grove City College before I discovered that we offer some pretty neat minors. So, in an effort to make sure I left as a well-informed graduate, I decided to learn more about the niche study areas we have available by chatting with students and teachers.

Emily Anne Dellinger, a junior sociology major, told me a bit about her National Security minor. When I asked her about the most interesting class she had taken, she mentioned “Terrorism and Counterrorism” with political science professor Dr. Stanton. Dellinger explained that she found the “social and political process of state sponsored terrorism that leads up to a huge attack like 9/11” to be more interesting than the actual acts of terrorism themselves. What specifically interested her about the minor? “How to inspire people to violence is important knowledge, mostly so we can prevent future terror,” she said. 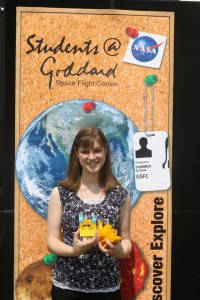 Senior communications major Aimee Lynch is earning an astronomy minor, which requires four specific astronomy classes, plus two semesters of physics. She’s currently in Observational Astronomy, where she and her classmates get to use Grove City’s observatory. (Of course, I also didn’t know we had one of those!) “I love being able to identify constellations at night, and to be able to actually understand what is going on in the sky,” she explains. Having interned for NASA’s Goddard Space Flight Center during high school, Lynch has greatly appreciated having the opportunity to further pursue her passion for science, even though she’s not looking to be an astronomer.

Marketing professor Richard Kocur gave me some information about the business analytics minor which is pursued mostly by business, computer science, math, and engineering students. He explained that the area of data analytics is one of the fastest growing fields in all of business, making the skill set quite attractive to employers. 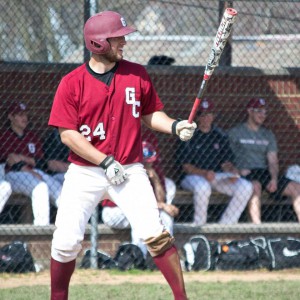 Senior marketing major Andy Fritz knows this and has already thought of many ways in which he can apply the skills he has learned through his minor. “Personally, my ultimate dream in analytics would be to pair with a baseball organization to show how you can ‘play smarter’ by predicting and analyzing data. This is already apparent as teams are using data to predict where the opponent will hit the ball,” he said.

Especially as new technology arises, faculty have worked to devise new minors that will educate students in desirable new skills. Within Grove City’s well-respected engineering program, I discovered a new robotics minor in the works. Requirements would likely include existing courses such as Artificial Intelligence and Embedded Systems, which deals with the application of microprocessors to mobile robots, while adding new ones like Intro to Robotics. According to engineering professor Dr. Mohr, a “course in ethics as it relates to robotics and engineering…would distinguish our minor somewhat from similar programs at other institutions.” The minor will hopefully be in place by the beginning of the 2016-17 academic year.

In the end, you don’t have to get a minor at Grove City, but why not? It’s a great way to learn more about a subject you find interesting, but might not want to pursue full time. Additionally, earning a minor can make you stand out against the competition in your in field. Check out Grove City’s full list of offerings here.

Sarah ('16) is a marketing major with a psychology concentration. After spending her junior year in Northern Ireland, she caught the travel bug and aspires to an international career. Her hobbies include making puns, running cross country, speaking in accents and eating apples.
View all posts by Sarah Stites →
A Marketing Major’s Experience in GCC’s Elevator Pitch Competition
GCC’s American Marketing Association Enters National Website Competition