By Meghan Gallagher on November 16, 2015 in Campus Organizations, Student Stories

Three simple letters, ICO, could really stand for anything beyond Grove City’s campus (igloo crafting octogenarians for one) but here they represent a pretty stellar ministry: Inner City Outreach. Not  to be mislead by the name, this organization is not one group of students who venture to various major cities, but an acronym that encompasses  short-term missions trips led by Grove City students within the United States and abroad.  To get a better idea of what ICO really stands for (besides the name, obviously) I spoke with two current seniors leading trips this year. 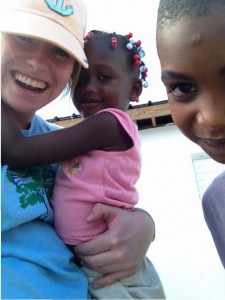 Kayley Heller (pictured on the left) is a senior Finance major from Newtown, PA, just outside of Philadelphia.  This coming January she is co- leading twenty of her peers on an international missions trip to the Dominican Republic. Rewinding a bit to freshman year, Kayley remembers seeing a flier for an  ‘ICO’ trip, but not comprehending all the three simple letters entailed. When sophomore year rolled around, Kayley decided to apply for a trip to the Dominican Republic regardless of the fact she knew no one else going.  Kayley describes almost an inherent beauty in venturing forth alone – she would not have been stretched, made new friends, or been shaken out of her comfort zone if she was surrounded by people she already knew well.

There are two basic distinctions, one being trips that are led within the United States to places such as Los Angeles, New York City, Rhode Island, and Arizona, and the other being international trips to Jamaica, Guatemala, and the Dominican Republic to name a few. Some trips take place over Thanksgiving break, however most occur during intersession in January or over Easter break.  Kayley’s trip to the Dominican Republic is in January, which means in terms of planning and fundraising she hit the ground running in September.

Travelling with twenty students to the Dominican Republic for approximately two weeks is no small feat, so it 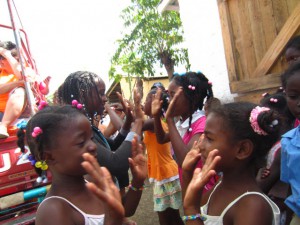 requires a considerable amount of fundraising. Most students send support letters to friends, family, and their churches back home, with the college even chipping in a  bit for the trip. Other fundraising activities, especially for those who might be wary sending support letters may include a bake sale on campus. Kayley honestly says, however,  she’s repeatedly shocked at how willing people are to give after receiving a letter.

Once in the Dominican Republic, the team partners with an organization, Meeting God in Missions, that assists the students with logistics and provides a place to stay. An interesting aspect of ICO Dominican Republic is one form of volunteering does not reign supreme over the rest, such as constructing houses, instead there are a variety of ways in which students can support the local community. Medical, dental, and optical clinics are created, VBS is taught, prayer walks are organized, homes are constructed, and baseball clinics are run to the delight of local children. 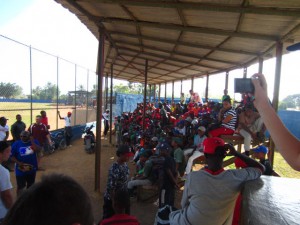 As we talked more about her experiences, Kayley remembered on one of her trips down to the DR her team had the opportunity to worship in a local Haitian church  (many of the villages they served in were comprised of Haitian refugees). The message would have to be translated from Haitian to Spanish to English and back again just to give the students a vague understanding of the sermon. Singing, however, was different. I got chills up my spine when I heard Kayley describe her group worshiping  in English, others singing in Spanish, and the locals singing in Haitian all at once – lifting praises to the Lord required no translation.

So why is it worth it?

Kayley offered a few suggestions: the trip itself does not require great personal sacrifice (besides time and if you decide not to fundraise, some money), you acquire a new perspective on life, a new community,  and learn to better appreciate what you have been blessed with. Kayley used the word “simplify” to describe her change in attitude – when put in perspective our daily stresses seem entirely less significant than what a destitute refugee endures within their village. 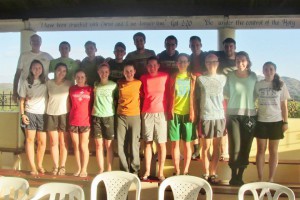 If either aspects of going to another country or fundraising large amounts of money don’t sit well with you, there are other, more “local” opportunities. Over this Thanksgiving break senior Emily Bartlow is co-leading a trip to Providence, Rhode Island. Being from Sacramento, California going home for Thanksgiving is not always an easy process, so a few years ago Emily decided to join the team to Providence.  Emily describes the trip as a wonderful time to put studies aside and dedicate time to someone else for a change. In Providence the team stays and serves at a local shelter, Providence Rescue Mission, where they help with maintenance but also prepare and deliver Thanksgiving meals for those who stay at the shelter and on the streets. Hundreds, if not thousands of homeless men and women in Providence receive a meal that the students help prepare.

To learn more about ICO trips and how you can be involved, click here.

Meghan Gallagher, '16, is pursuing a major in Marketing Management with a minor in Sociology. This past summer she interned with Seattle Arts & Lectures which peaked her interest in the non-profit sector and gave her an excuse to read even more than usual. She hails from the Evergreen State and when not consumed by studying or hanging out with her Young Life high schoolers can be found at the local Starbucks enjoying a tall vanilla soy latte.
View all posts by Meghan Gallagher →
Grovers Abroad: Q&A with Allison Hafner
Passions & Pathways: Career Spotlight on Kristin Thomas