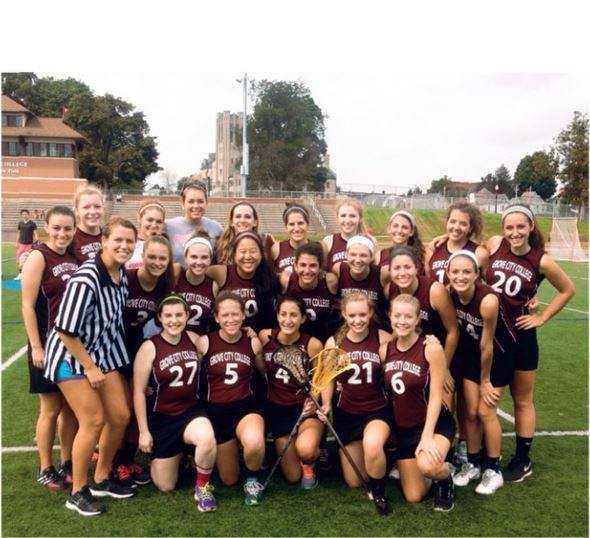 The Grove City College Wolverines Women’s Lacrosse Team is pumped to start their season. They are ready for the opportunity to leave all of their effort and energy on the lacrosse field, to build relationships with their teammates and to ultimately glorify God in their actions. Team captains Claudia Bennett and Angalena Malavenda are seeking to have this season put Grove City’s Women’s Lacrosse Team on the map, bringing in more funding from the school and ultimately seeking to achieve varsity status. I had the opportunity to interview Angalena this past week. Here are her remarks.

Angalena and I started our conversation discussing the goals of their lacrosse season. This year they want to focus on stick skills, endurance and speed. She talked about the importance of having the new girls, who just recently got a stick in their hands, feel comfortable holding a lacrosse stick, cradling and passing. So a lot of their preseason activities have been helping prep these girls for the season as well as developing group work-out routines which help all of the girls get back into shape.

Angalena and I also got a chance to talk about some of her duties as co-captain. She told me that a lot unexpected problems have come up, especially in terms of financial issues. She went on to say that “without the leadership of a coach, there is a lot of responsibility that falls onto Claudia’s and I’s shoulders in order to coordinate practices, juggle financials, schedule buses, coordinate referees for our games, organizing groups for workouts, offering up free time to help girls, scheduling field times, contacting other teams to play, organizing executive meetings to discuss the above tasks and then setting up a game plan in order to coach the girls during practice.” Although all of this responsibility can seem overwhelming at times, Angalena has learned so much about leadership and organization. One of the really cool things about Grove City is that so many clubs are run entirely by students. Angalena and previous lacrosse captains have been able to take this lacrosse team from just an idea to a varsity sport by the end of the year. 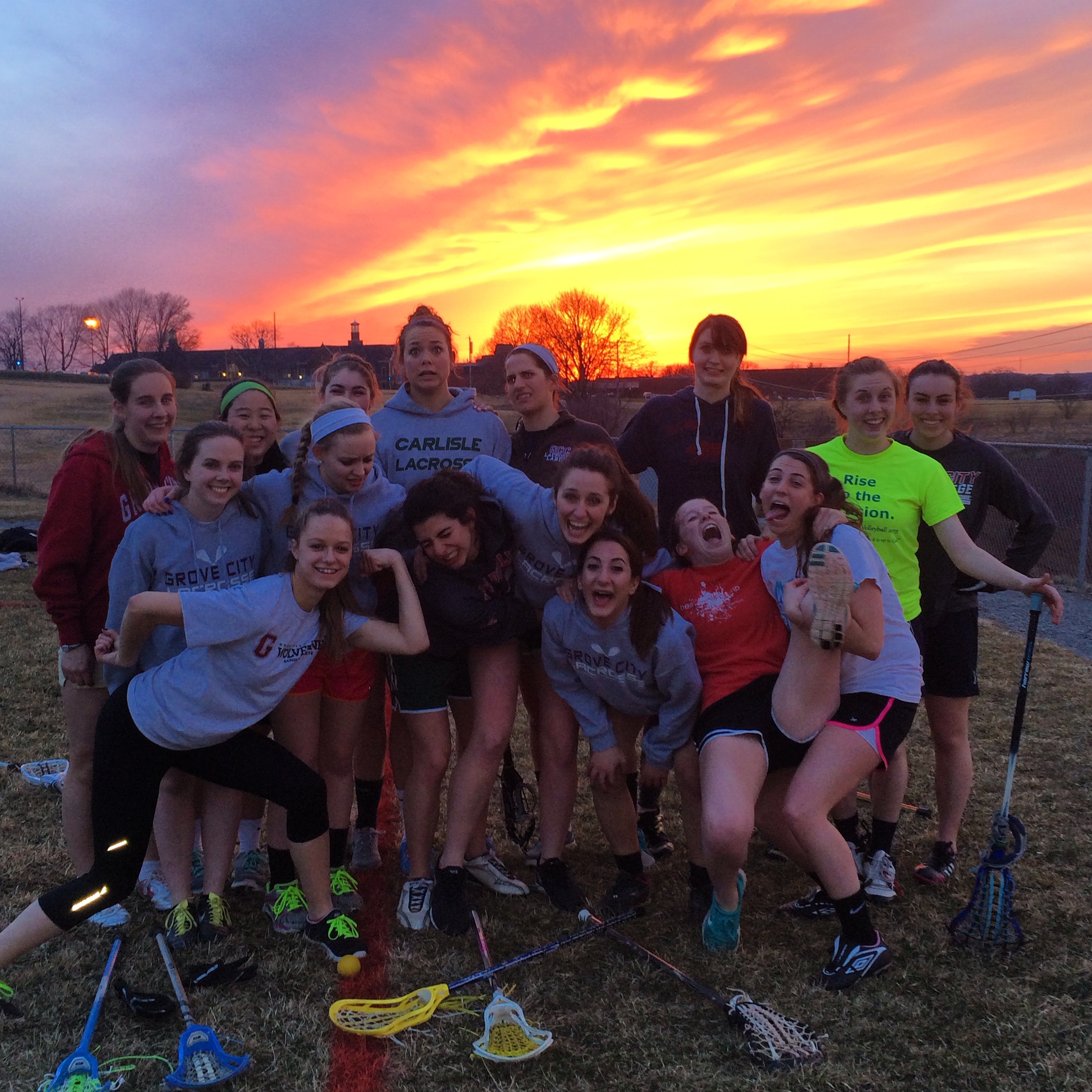 We also got a chance to discuss the details on how practices are going to be run this season. She said that “practices first start with a warm up and then some conditioning work. Then we transition into a stick warm up with partner passing, shuttles and a few 3 v 2’s. We plan on doing shooting drills and more intense drills to practice our offense and scoring possibilities. We would also like to practice transitions and defensive drills.”

Another issue that a lot of girls ask going into this season is the amount of time they have to dedicate to this sport, especially since it is a club sport. Angalena responded to this by saying the time commitment during a standard practice week is a maximum of 4 hours. They organize two practices a week as well as a workout. In regards to games the time commitment is a little different since there is travel time and play time. Those hours tend to vary.

In terms of their season, Angalena told me that she has high hopes of making to the playoffs this season. She believes that “there have been a few teams in the past that I think we can beat based on the new talent on the team.”

Wrapping up our interview I wanted to get to know the team dynamic a bit and find out what the girls are like and the sense of community throughout the team. Angalena responded by saying that “we are a very well rounded team.” Majority of the girls who are on the team are involved in many other groups and clubs on campus. And the skill level on the team ranges from experienced players, who have played more than five years whether in high school or on travel teams, to players who are just picking up a stick. All in all though, the dynamic has seemed to “create a strong sense of community among the team.”

She is a blogger, musician, and digital marketing enthusiast
View all posts by Emily Hostetler →
Not Just Mad Scientists: A Look at GCC’s Chemistry Department
Inside Grove City’s Colonial Hall Apartments | 03