By Katie Birmingham on April 26, 2016 in Engineering, Research, Student Stories 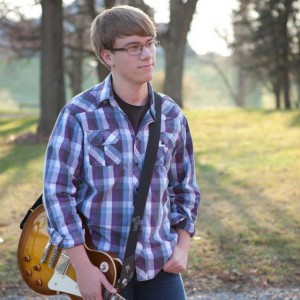 Can you do research at a small, undergraduate, liberal arts college? Yes! Grove City College has a flourishing research program spread among various programs in both technical and non-technical majors. Matthew Kauffman is a current junior electrical engineering major from the little town of West Liberty, Ohio. He is currently involved with multiple musical groups on and off campus and has combined his love of music with his interest in electrical engineering to develop his own independent study with Dr. Mohr.

What is the research you are conducting?

I am designing and building a tremolo/boost effects pedal for use with electric guitar. For someone who is not a guitarist, this is a little box which I plug my guitar into before my amplifier which creates an effect, or in this case, two effects. The first effect is providing a boost, which essentially is just making my guitar signal “louder” before it gets to the amplifier. This effect is especially useful when a guitarist wants his guitar to get louder for a certain part of a song, such as a solo. The second effect, and main effect, is the tremolo effect. This is where the volume of the guitar signal is varied up and down with a waveform. This is a classic effect that is probably best known for its inclusion in surf music. 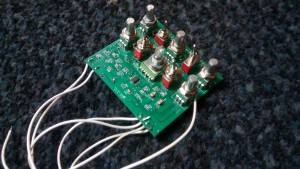 Do you receive any form of compensation for your work, such as class credit or monetary compensation?

Grove City College awards electrical engineering elective credit by considering the class as an independent study. Generally, research counts as one to two credits per semester. In order to receive class credit, you are required to develop a syllabus with your professor outlining what your goals are for the semester.

What has been the hardest part of your research?

The hardest part of working on this project has been trying to find simple ways to implement my ideas into my oscillator circuit (the part which creates the waveform for the tremolo). I needed to find a balance between finding a simple circuit that won’t take up too much space, but yet meets all my expectations in performance. Because most oscillator circuits aren’t used in the way I am using mine, it took me a while and a lot of research to find the right pieces that could do what I desired.

What has been the most rewarding part of your research?

The most rewarding part of this project is when I get part of a circuit working to the point where I can plug my guitar into it, turn the knobs and actually hear the results coming through an amp. I have a feeling it will be even more rewarding when I finish putting it into an enclosure and install it on my personal guitar pedal board.

What non-technical skill have you found yourself using frequently?

The non-technical skill I have used the most is my musical skills to help me determine what ideas are actually useful or not. For example, I eliminated a portion of my circuit when I determined it wasn’t a very musical or useful sound.

How has this project related to your studies?

The first half of this project was entirely circuit design. I used many ideas I learned in my circuits classes, whether it was to add my own design elements or analyze design elements I found in my research.

Has this project shaped your plans for the future?

Music has always been my biggest passion outside of my major. My dream job would be working somewhere in the audio equipment industry, but even if I don’t end up doing that, I still plan on doing effects pedal design on the side. In fact, I have plans for starting my own effects pedal company this summer to sell my designs.

Katie Birmingham ('16) is a mechanical engineering major at Grove City College. Ever since she was little, she has had a passion to change the field of medicine through biomedical research. She plans to attend graduate school to pursue her Ph.D. Outside the lab, she can be found on the golf course or at the nearest Starbucks.
View all posts by Katie Birmingham →
International Justice Mission: Stand for Freedom
Outing Club: Cold, Wet and Happy, since 1938