One of the most memorable, fabulous journeys I took while studying abroad was to Paris. After my visit, I’m convinced that I must have some French in my blood. From the tower view of Notre Dame, to the sight of the Mona Lisa at the Louvre all the way to the sparkling lights of the Eiffel Tower, I felt at home in a city that I will one day call mine.

We started our voyage early on Friday morning, taking the TGV first to Angers and then to our final destination, Paris. We first visited the Eiffel Tower, which can be seen throughout all of Paris because it is 100 stories high! Following the Eiffel Tower we visited the Arch de Triumph located near the fashion strip, Champs-Élysées. Personally my favorite structure in all of Paris, the Arch de Triumph honors all of Napoleon’s military victories. The Arch stands tall with golden trimming and engravings of Napoleon’s battles on the walls. We had the awesome opportunity to climb to the top of the Arch, which provided us with an incredible view of the city. 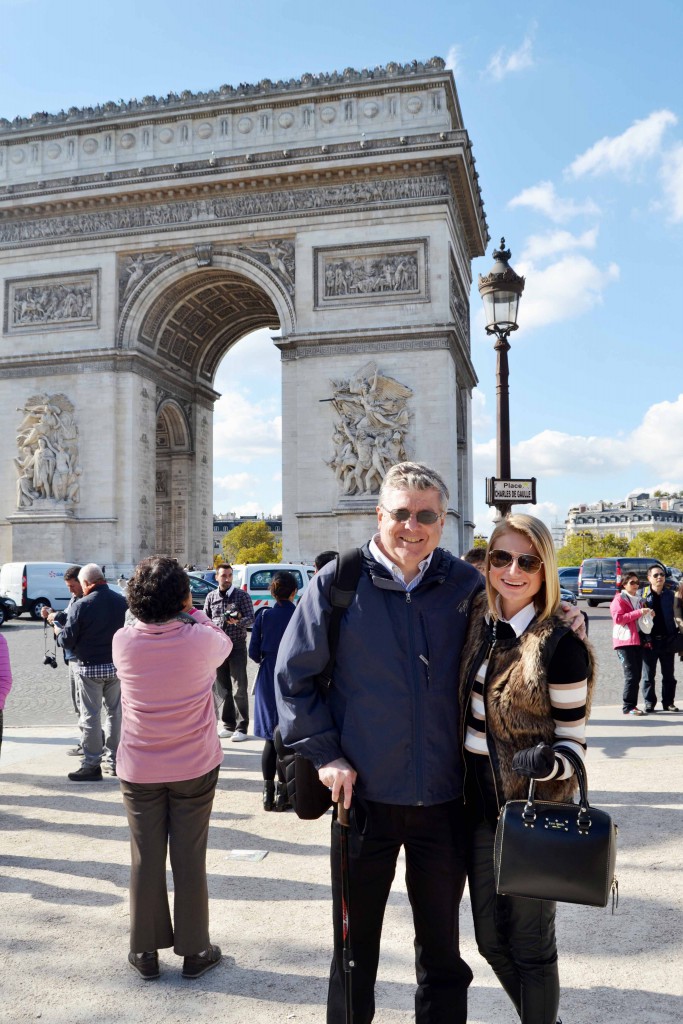 Dr. Reuber, the program director, and me in front of the Arc de Triomphe

After walking the entire Champs-Élysées (passing the Louis Vuitton headquarters), we entered into the courtyard of the Louvre. I was just in awe, as I passed through the golden gates into the most majestic garden and courtyard. It’s hard to believe that such a magnificent palace is now a museum open to the public. The Louvre is the largest building of its type. The large Egyptian Obelisk is an unbelievable glass structure placed in the center of the courtyard. Similarly, Apollo’s room was unforgettably gorgeous and artistically outstanding!

We finished the night on a river cruise down the Seine River. The Seine divides the city into left and right banks. As we traveled down the river, the Eiffel Tower twinkled brightly, with its hourly light show. A spectacular way to end the night!

The following day we toured the luxurious Palace of Versailles! Personally, the gardens of Marie Antoinette were my favorite, as well as, the Hall of Mirrors inside the palace itself. 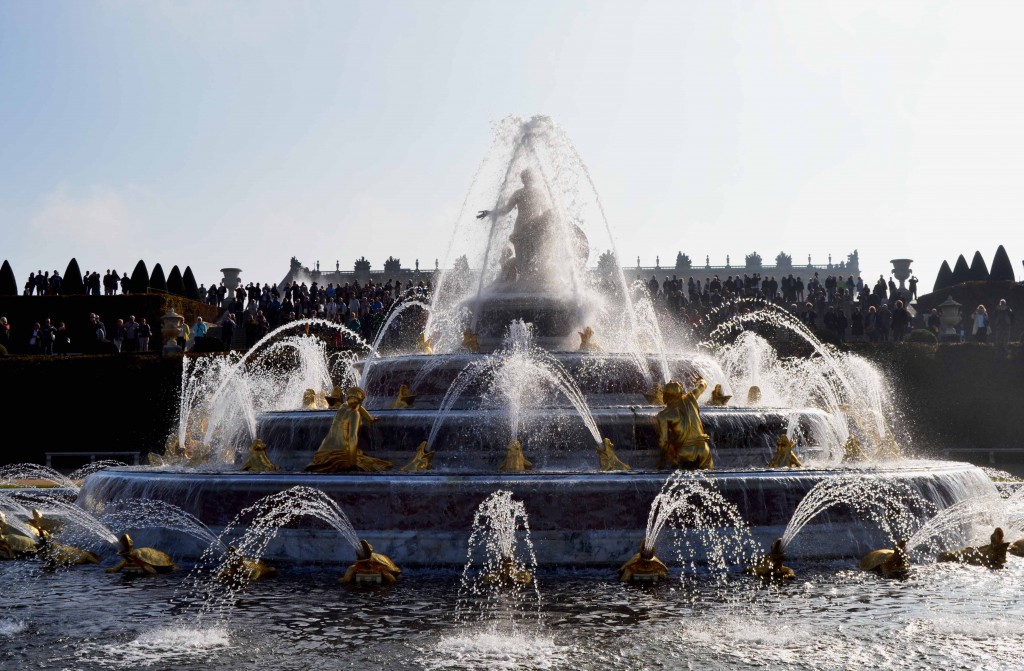 A fountain from the gardens of Versailles

Later that day, I was blessed to visit my uncles who live in Paris. We had a superb time eating out, taking oyster shots, tasting the most amazing gelato and finishing off the night at their French-style apartment. I’m so incredibly thankful to have spent the day with family in the most amazing city!

On Sunday, we attended mass at Notre Dame Cathedral. From the most amazing stained glass rose windows to the Gothic architecture, we could definitely feel the presence of God alive and working. Following the mass, we visited the stained glass cathedral of St. Chapelle, Centre Pompidou (modernist art museum) and Musee d’Orsay (an old impressionistic art museum). Paramount Pictures’ Hugo is based off of Musee d’Orsay, during the time the building used to be a fully functioning train station. We then ventured off to Sacré-Coeur de Montmartre, which is a Roman Catholic Basilique. The cathedral is placed on a huge hill with souvenir shops, creperies and live music lining the streets up to the structure. During our time there, we witnessed an amazing futbol trick show as well as wine and cheese festival (the place was packed with hundreds of people). We finished off the night, riding to the top of the Eiffel Tower which was terrifying yet exceptionally beautiful and totally worth it! 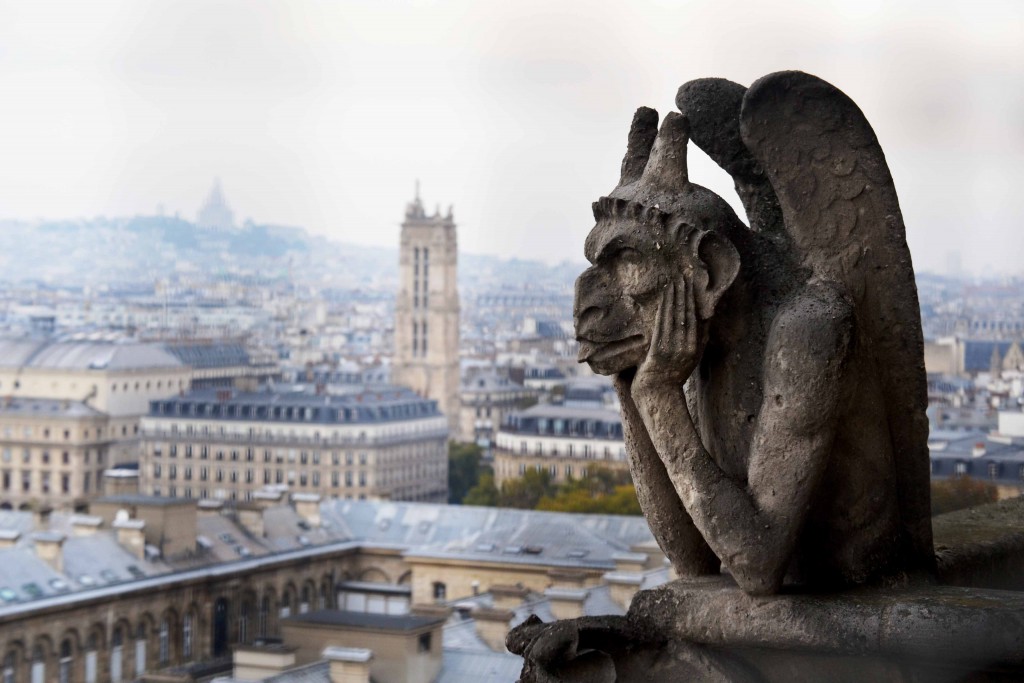 Our long weekend concluded the next day, with an exceptional morning view of Paris from the top of the towers of Notre Dame. My uncles convinced us that this was the best view of all of Paris, and I could not agree any more! We finished the remainder of the day at the gorgeous Luxemburg Gardens and Pantheon, where some of France’s most famous are honored and buried. Such a fantastic way to end one of my favorite trips in Europe. If you have not visited Paris, I highly recommend it! Paris will change your perspective on food, culture and the sense of leisure and enjoyment!