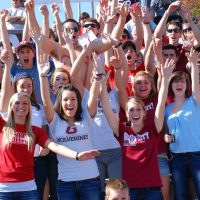 By Allie Olson on January 16, 2017 in Greek Life, Inside Student Life

One of the most unique aspects of Grove City College is that we have sororities. Not many Christian colleges have sororities on their campuses. This can either be something that attracts you to Grove City or it may be a concern you have with coming here. When I chose to come here, I had never really thought about whether I would want to join a sorority or not. In the end, I chose not to join a sorority and I am glad that I did not, however, I deeply love the sororities on our campus.

We have all seen the college movies that perfectly depict what college life is like. Or do they? In the movies, the sorority girls are perfect. They have the perfect boyfriend, perfect hair, and perfect wardrobe. Meanwhile, the independent girls have no friends, are geeks, and date the weirdest guys on campus. As rush started my freshmen year, I started to get worried. What if I became that independent girl in the movies? What if all my friends join sororities and I have no friends left? I feared the sorority girls because all I could picture were the movies with the rich girls who were rude to everyone else. All of my fears were so wrong.

My junior year, I was placed as an RA on a sorority hall. I was so nervous. In the end, they have become some of my best friends. They have disproved all of my previous thoughts on sorority life and I am so thankful that God placed me where He did. Living on a sorority hall is so fun: the drama, the friendships, the constant laughter coming from all of the rooms, and the food that is always left out for everyone to eat. The sorority life is beautiful. So do I regret not being in the sorority? Not at all. I have gotten to know girls in every sorority on my campus. I have friends in most of the sororities and I see nothing wrong with most of the sororities. In fact, there are several that I would consider joining. However, I love being an independent. I love all my friendships with girls in different sororities. Now, of course, sorority girls are friends with girls from all different groups, but in the end, my loyalty does not belong to any particular group. I love being able to connect with underclassmen and mentor the girls who didn’t join a sorority and now feel left out. I LOVE doing all I can to bridge the gap between sororities and independents. That comes in both encouraging the sorority I RA for to reach out to the independents on my hall but also helping independents to see the beauty in sorority life. 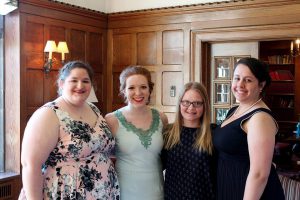 Girls and I from the sorority I RA for

I would not trade the independent life for the sorority life. Being an independent has taught me so many important things during college. However, as you get ready for college and consider whether you would ever want to join a sorority, know that I, as an independent, think that sororities are wonderful. In the end, you must make a choice that is best for you. If you want to join a sorority, go for it, but also maintain relationships outside your group. If you want to remain independent, do it, but never judge the sororities based off of false pretenses. Both “lives” are great and you must find the life you believe you will thrive in most.

Do not let the sororities scare you from choosing Grove City College. The sororities are wonderful groups of girls and all of the things you see in movies, may not be true.