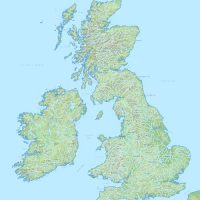 Each fall, the Religious Activities Committee selects up to eight Grove City College students to participate in a summer-long foreign missions trip. Each student that has applied for the trip is provided with funds through the Red Box Missions program, a program supported entirely through donations from alumni and friends. This past year there were various students that participated in the Grove City College Red Box Missions trip. One of those students was senior accounting major Lauren Bimber.

Lauren learned about Red Box Missions her freshman year while sitting in chapel and her interest only grew and prompted her to take action. She is passionate about the Muslim lifestyle and understanding the Islam culture in the United Kingdom. Lauren was inspired by the chance to see how  Christian churches that are developed in the Western context can be evangelizing and reaching out to the Muslim neighborhoods in the simplest forms of service. Lauren used that inspiration to connect with an organization that focuses on sharing the gospel with Muslims and also looks to building bridges between Christians and Muslims.

Prior to her nine-week trip, Lauren had expectations that she was going to be investing her time in academics and studying the historical background of the Islamic culture, their religious beliefs, and rooted traditions. She thought she would be more behind the scenes at the churches and the events the organization hosted rather than participating in them. However, that was not the case once she arrived in the UK. Lauren did get to study Islam, but not as she had expected to. She was more hands-on during her trip and was going out to different cultures, helping with their outreaches, and being an active participant in their prayer groups, rather than just reading books. This allowed her to immerse herself within the community and meet a lot of people that are living in the neighborhood.

Certain roles that Lauren found herself helping with was simply being an extra pair of hands during the outreaches that she would go to during the weekdays. Each day was a different task for her such as teaching English, attending prayer groups, helping at a women’s center, and helping with a coloring club for girls. The coloring club impacted Lauren’s time there just as she impacted the girls that attended the club.

“It was created by a woman who noticed that young girls on her street were hanging outside on Saturday afternoons without much to do. Every week she read a Bible story and the girls color pictures relating to the story…Spending my Saturdays with them was one of my favorite things.”

Adapting to the culture challenges required Lauren to have patience during the first couple of weeks into her trip. She learned very quickly that in the UK the climate change was much hotter than it is back in the U.S. and required her to stay hydrated and dress accordingly while she participated in the outreaches. Another culture difference that caught her off-guard was their physical touch and personal space proximity. It was a bit unusual when women would hug and kiss her when they came in to say hello or when they were leaving an event. Through her time in the UK she adjusted to the differences and became accustomed to them.

Lauren gained a lot of insight and knowledge on Islam during her stay in the UK that allowed her to form her own opinion that had been skewed by the media influence. How the Muslims are portrayed on the news or in articles that you read in the newspaper leads you to believe that you know the person before even meeting them. Lauren realized after her trip that this certainly was not true and it is by asking the people group and listening to them and their personal life stories that you learn who they are. Serving them by actions such as speaking English, offering to assist them, or just being a listening ear can open the door to many opportunities to get involved with their lives – it just takes the willingness to go a step forward.