By obrienvl1 on July 1, 2016 in Student Stories, Study Abroad

The French Revolution played a major role in the destruction and restoration of France. Students of Dr. Gary Smith’s Modern Civilization course were given the opportunity to experience the unfolding of European history right before their eyes.

During my time in France, we visited the beautiful commune of Clisson. Located in Pays de la Loire in western France, Clisson’s historical sites and monuments originate back to the 13th century. On the day we arrived, the town was holding a festival. In honor of the festivities, the Église Notre Dame’s tower was open to tour (this tower is open only one day out of the entire year). We had perfect timing! 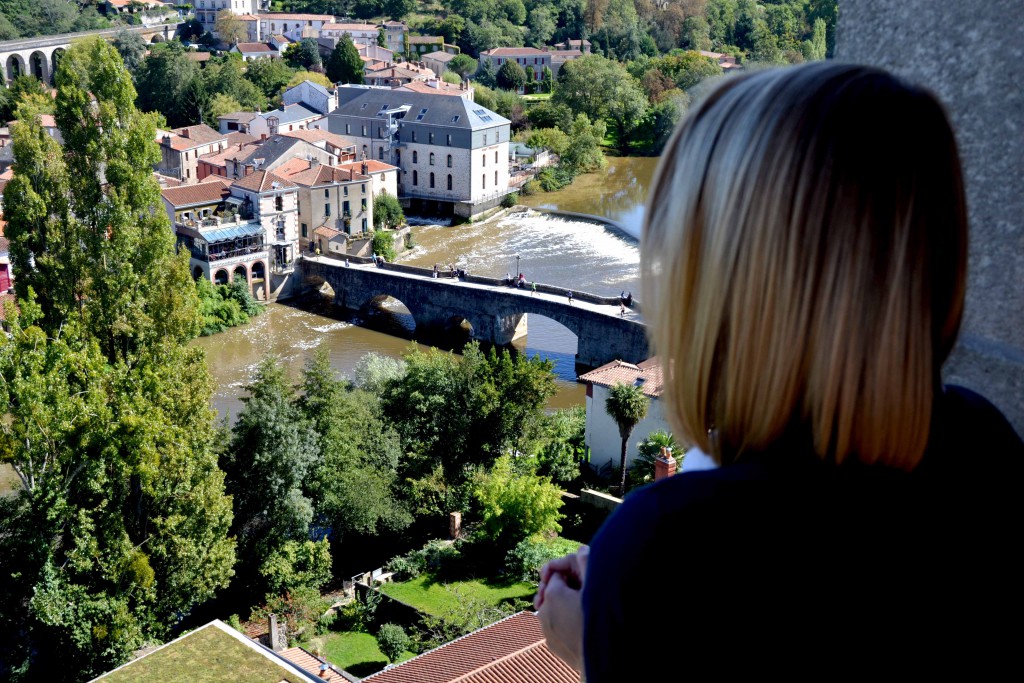 The view from the 115-step tower was breathtaking! From this unbelievable sight, you could see the Château de Clisson as well as the river and downtown area. As you can see in the picture above, the town houses have red roofs which reflect Italian influence and style. The significance of the Italian culture is reflected in the history of Clisson during the time of the French Revolution. Clisson was on the losing side of the Counter Revolution and lost up to 100,000 lives fighting for the unity of France. Unfortunately, the city was destroyed and replaced with 19th century Italian-style villages. The Italian culture is most notably found in flat red roofs, garden pine trees, red brick arches, the Château de Clisson and the Romanesque-styled Église Notre Dame. 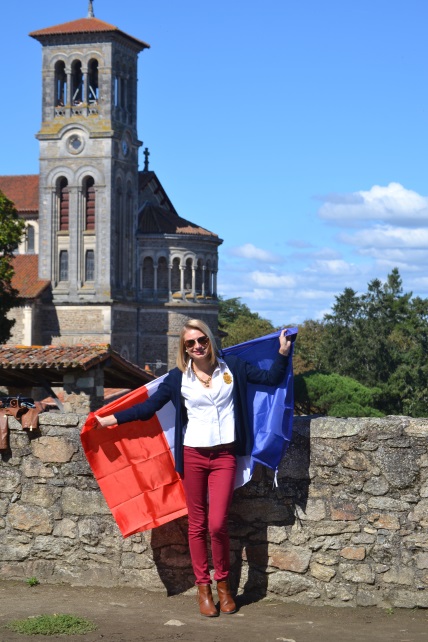 What is left of the Château de Clisson, is the outlining of the castle remains. The Counter Revolution brought the castle to ground, thus grass and foliage have made their way into the floor of the castle which now stands as a remarkable ancient ruin. My favorite part of Clisson was the beautiful family estate that is now open to the public and features beautiful works of art. Surrounded by Roman sculptures, patches of the greenest grass and elegant passage ways, the estate offers an exceptionally classy experience that was once part of the nobility’s lifestyle in the 1200’s.