Last semester, I studied abroad in Nantes, France as part of Grove City College’s study abroad program. If you’re curious why I chose to study abroad, check out my previous post. As part of the study abroad program, there is a six-week field trip program. We took a four-day trip to Normandy and some surrounding French villages. I described my experience below.

Our first stop was to Fougère, which is located in northwestern France in the region of Brittany. Best known for its medieval heritage, Fougère is primarily recognized for its ancient castle, Château de Fougère, and regionally renowned Saturday-morning market. This market it so famous that it appears in the opening scene of Disney’s production, Beauty and the Beast. As a high school student, I participated in the performance of this exact play and felt as though I was sensing some déjà vu. I was continuously mesmerized by the preservation of the commune’s ancient architecture and cobble stone roads. 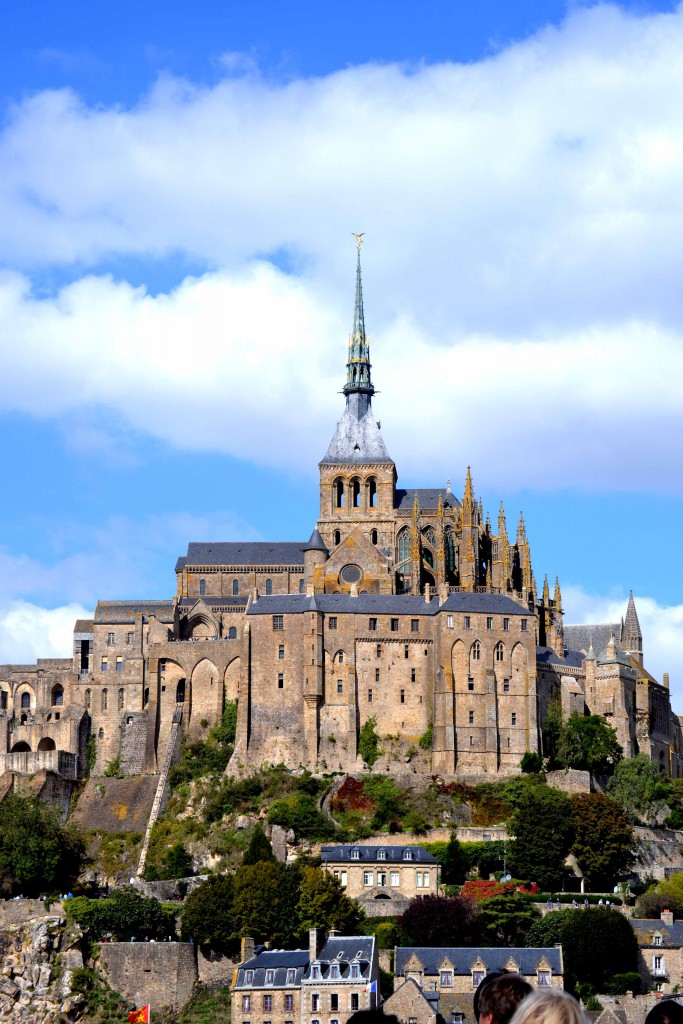 At our second stop, we found ourselves at the incredible Mont. St. Michel. Completely surrounded by water and towering hundreds of feet in the air, Mont. St. Michel is a monastery that has a fairy tale feel with a majestic sea, magical view and bewitching ambiance. You can only travel in one direction, which is towards the very top of the monastery. Thus restaurants, cafes, bakeries and stores are all slanted and on a tilt. I have never seen anything like this before in my life. I highly recommended visiting if you are ever traveling to western France. The island is surrounded by quicksand by day and an incoming tide by night. Access to the island can only be had during daylight hours via a shuttle. Interestingly, Mont. St. Michel contains approximately 30 residents. 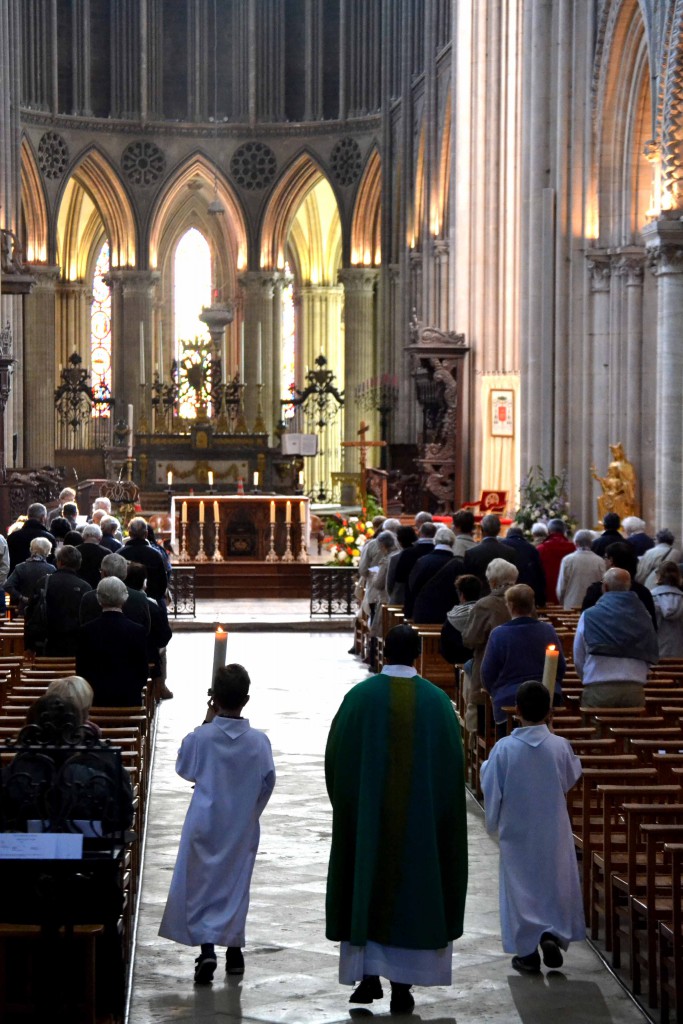 Our last stop for the day was Bayeux. Upon arrival we were placed in a fabulous hotel where our rooms were stationed in quaint facility with half-timbered wooden ceilings. That night we were fed as if we were kings and queens. We were treated to an incredible five-course meal consisting of Normandy’s famous French Onion Soup, Roasted Chicken, Cheese Platter, Raspberry Tart and Café. With the conclusion of our meal, we hit the town venturing out to see the lit-up Paroisse Notre Dame du Bessin and Bayeux’s night life. We also had the opportunity to attended the Sunday mass at Paroisse Notre Dame du Bessin, which presented such a beautiful tradition Catholic service. 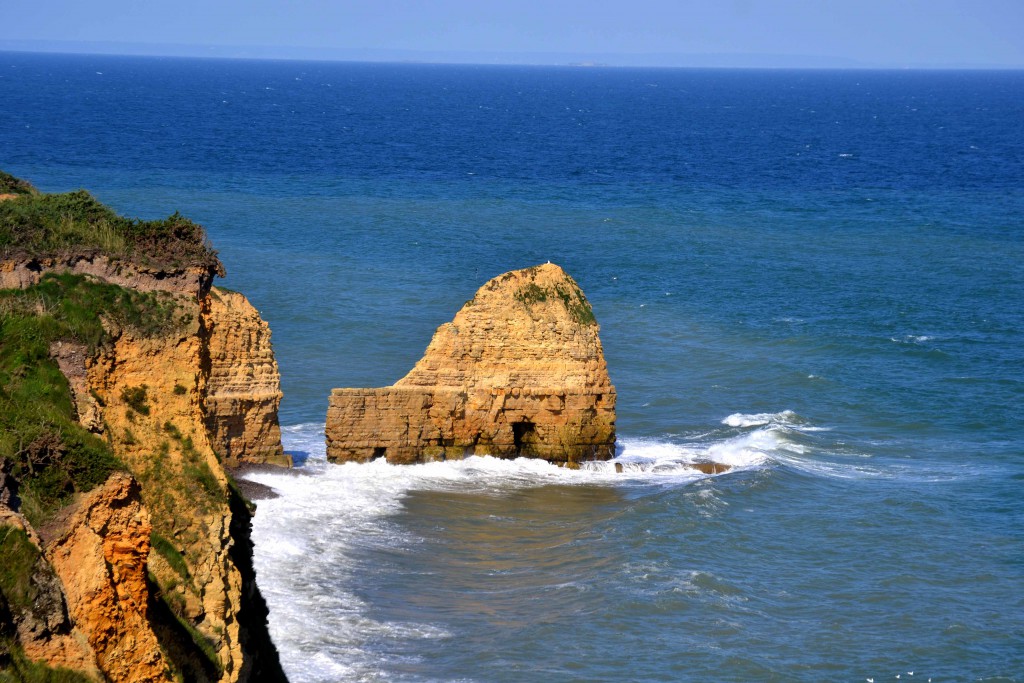 The conclusion of our voyage was spent at the coasts of Omaha Beach where every soul could sense the damage yet victory concluded on that very shore. German bunkers and massive fields stretched along the cliff’s edge. The sobering experience became more surreal after vising the American Military Cemetery, 25 minutes outside D-Day Beach. Thousands of white crosses extended over miles of land, which the French granted to the U.S. as a peace treaty and gift. Walking through the cemetery really gave me a new perspective on patriotism and what it truly means to die for one’s country in order to protect the innocence and futures of millions of individuals. My “thank yous” and condolences will never compare and be enough for the brave actions and considerable sacrifices these men made to protect our freedom.

“That road to V-E Day was hard and long, and traveled by weary and valiant men. And history will always record where that road began. It began here, with the first footprints on the beaches of Normandy.”

View all posts by obrienvl1 →
How to Make College an Adventure
JMK Student Model: Martha