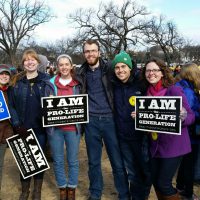 By Alex Watt on February 8, 2017 in Campus Organizations, Off Campus

I woke up at 3:20 a.m. Not my normal wake-up time, I assure you. But I was meeting six other Grovers in the SAC at 3:45 and wanted to give myself enough time to get ready. 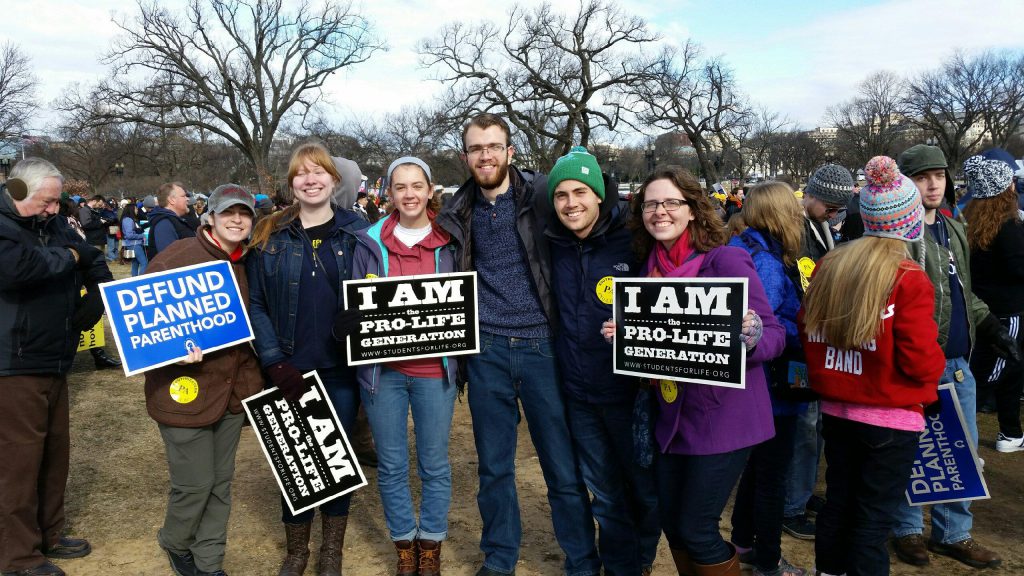 It’s been 44 years since Roe v. Wade, and so this past Friday, January 27, was the 44th Annual March for Life in Washington D.C.  My generation has never known another America.

The impact of that decision is breathtaking: Over 58 million babies have been aborted. That’s more deaths than can be attributed to the sum of all of America’s wars.

It has been a few years since Grove City’s Life Advocates went to the March. For many of us, myself included, it was our first March. And it was moving. There is something about giving up a day of your life, being on the ground, carrying a sign, trying to represent those that have no voice, getting a little more tired with each step and passing hour, and remembering that any small sacrifice we made was rather pale. Approximately one abortion is performed every two minutes in the U.S.; hundreds died even as we marched.

This year’s theme was “The Power of One.” Speaking for the Trump administration, we heard from Mike Pence and Kellyanne Conway. While past pro-life presidents have delivered video messages, this was the first March where an executive — a vice president — came to the March.

But I particularly appreciated Eric Metaxas and Rep. Mia Love, who spoke later in the rally. Metaxas boldly proclaimed the sovereignty of Christ and the way that his church should respond with grace and forgiveness toward her enemies. Rep. Mia Love gave us a more personal story about how her immigrant parents were inconvenienced by a pregnancy with a third child, but chose life. How could they have known then that she should become the first female African American Representative to Congress?

As the rally ended, and Bishop Vincent Matthews prayed for the crowd, thousands and thousands moved toward Constitution Avenue to begin the march to the Supreme Court and Capitol Building. When our group arrived, some time after 3:00, women who had had abortions were giving their “Silent No More” testimonies outside the Supreme Court. Each told of the pain they had experienced knowing they had killed their son or daughter, and the forgiveness they had finally found in Jesus — many through Bible studies in a local church.

I am glad that I went. I’ve always been “pro-life” — I am convinced, from Scripture and from science, that life begins at conception and I believe that human life is inherently valuable. But going to the March for Life underscored, in my own heart, how sad and serious this issue is. May the Lord be gracious to us and let us see an end to legalized abortion in our lifetime! We are the Pro-Life Generation.

Alex is a junior studying Electrical Engineering with a Computer Concentration. In his spare time, he enjoys making music on the piano and the guitar, reading a good book, coding, and always a good meal with friends.
View all posts by Alex Watt →
Say Bonjour to Intercultural Friendships
“You Have Greek Life on Campus?!”