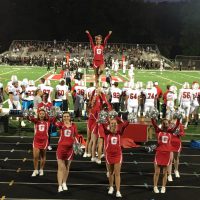 By Stephanie Millage on October 23, 2017 in Extracurriculars, Sports 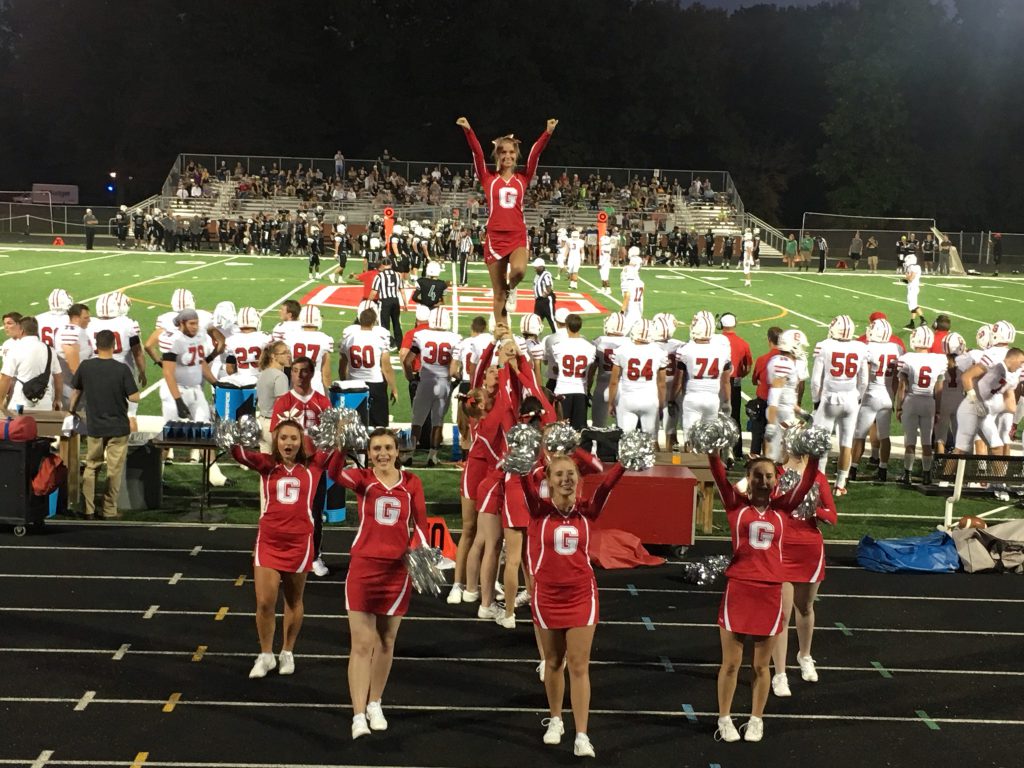 As you walk down the hallways of the Physical Learning Center on a Tuesday evening you hear the echoing of girls chanting: “F-I-G-H-T, Fight Wolverines Fight!” So, what is it like to be a cheerleader at Grove City? Were there grueling tryouts where few could pass the test? Well, I am here to tell you a bit about my experience and what I have learned through cheering at the college level.

I have cheered since middle school and through most of high school. While I do have a lot of experience under my belt, I have never cheered competitively. So, going into college and deciding to cheer was a bit intimidating for me, even though it was a non-competitive team. I had never seen the cheerleaders perform before going to cheer camp the summer of 2016.

Cheer camp was intense, but doable. There were about a dozen girls who decided to try out. Mornings consisted of conditioning, jumps, cheers, chants, and learning a dance for basketball season. Evenings involved stunting. It was nice to be able to stunt, since our coach was certified in stunt training from the NCAA. Everyone made the team, and the tryouts themselves were low stress.  There were some girls there who had never cheered before, but they caught on fast.  So anyone can try out!

I also worried about how much of a time commitment cheer would be. We meet twice a week and practice a total of 4-5 hours. We also only cheer at home games. That year we had five home football games and about a dozen basketball games. Cheer ended up being a fun after-school outlet for me and was not a huge time commitment. Coach encouraged us to use the time as a way to not think about all of the things we needed to accomplish for school, and just to have fun.

This year, we also got new uniforms! It is exciting because the style is much more comfortable and the turtlenecks are gone! The uniforms are made of spandex now, and are very stretchy and breathable. The school colors changed from crimson to red, so the uniforms really stand out.

My favorite part of being on the cheer squad would be the sense of community. Being on a team and working together really brought all us closer. There is also a sense of trust that is built between those on my stunt team. We rely on each other for the safety of the flyer. Trust has to be there for us to accomplish some really cool stunts.

As senior year continues and will soon come to a close, I can say that I feel blessed to be able to cheer on my team. It has been a great experience that I will look back at with nothing but positive thoughts. I would encourage students who are thinking about being on the cheer team to try out! It is a great way to bond with other girls and encourage the sports teams. Go Wolverines!

I am a senior Business Management major who enjoys crochet, traveling, and all things historical.
View all posts by Stephanie Millage →
Will a Small, Christian School Be a Problem When I am Career-Searching?
Do Not Fear The Humanities Core