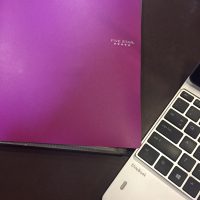 By Abby Schiela on October 25, 2017 in Academics, Humanities

Grove City College requires all students to complete a Humanities Core as part of their general education requirements. These have been updated and changed since my start here in 2014, but they still serve the same purposes and cover similar course material. Thanks to these courses I have been exposed to history, music and the arts, literature, study of worldviews, and academic study of the Bible.

One of my biggest fears when it came to these humanities classes was that they would be a waste of time, but that was a fear that proved to be unfounded. As an Entrepreneurship/English dual major I was afraid that Civilization and Literature especially, one of these core classes, would overlap with my English coursework, but it did not. We read classic novels like The Aeneid and Paradise Lost, and my English professors (many of whom teach Civilization and Literature along with their English department courses) have not spent time re-teaching us these books.

The books I read in Civilization and Literature (affectionately known on campus as “Civ Lit”) shaped the way that I view the world, and Paradise Lost and Dante’s Inferno led me to think deeply about my faith and difficult theological questions pertaining to Heaven, Hell, and sin. After reading these books I am convinced that all Christians and questioners alike should be exposed to them.

The Humanities Core class that has shaped me most, though, has been Speculative Mind (Now changed slightly and called “Christianity and Civilization”). For the first half of this class we discussed various world views and how each one views prime reality, external reality, man, death, knowledge, ethics, and history. We then transitioned in the course to talk about various Biblical topics and modern culture topics and how we engage with the world as Christians. It was this latter portion that affected me the most.

My professor led discussions on current hot-button topics in a way that allowed us to engage in conversation, analyze various facets and point of view, but did not devolve into arguing and hard-headedness the way that many conversations of the like do. This led me to see the world through the lenses of my classmates, all of whom have had different experiences in their lives that myself, at least for a class period.

There was one class period that changed me in particular, though – the day that we discussed the Sabbath. My professor laid out the concept of the Sabbath in a way that I had never heard before, and argued that despite many people seeing it as an optional practice in modern times, it is still a very important doctrine to follow. The following semester, I decided to observe a weekly Sabbath after being convicted in Speculative Mind, and it was life-giving. Observing the Sabbath has brought me closer to God and has brought more peace into my life overall.

So did I learn a lot academically in my Humanities Core classes? Absolutely. This learning, though, is not what was the most important to me. I learned so much more about living life as a Christian and engaging with the modern world. Do not fear the Humanities Core, because it will bring you out of the comfort zone of your discipline and into an area of extreme growth.

Abby '18 is an Entrepreneurship/English double major from Doylestown, Pennsylvania. She is a student assistant for the Center for Entrepreneurship + Innovation at Grove City College, and she is also a third year Resident Assistant on campus which allows her to express her passion for supporting people through times of transition. She enjoys running and hot beverages of all kinds.
View all posts by Abby Schiela →
Cheerleading at Grove City College
Bobby Keicher- Experience at BEST Robotics Competition