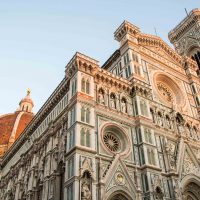 By Taylor Starcher on May 5, 2018 in Inside Student Life, International Experiences, Off Campus, Spiritual, Student Stories, Study Abroad, Travel

A semester abroad in Florence, Italy left me with a perspective I have never experienced before and has provided me with lifelong thoughts. When I arrived in Europe, I was anxious for the next four months and what the Lord had in store for me. Throughout my time, I felt waves of excitement, pure joy, and love for the beautiful sights I was seeing every day. There was a constant sense of being overwhelmed by God’s creation because of how much there is to be thankful for and appreciate.

From the start, I knew my photography class was going to be my favorite. My professor, Cosimo Bargellini, lived in Florence which gave us a direct source of Italian culture, especially considering he was also a professional photographer. Our class consisted of walking around the city, learning techniques of photographing, and enjoying each other’s company.  Although he was fluent in English, Cosimo was still raised in the Italian culture. This provided a slight obstacle in that I did not fully understand everything about his culture since I was raised completely different.

Our verbal communication was acknowledgeable because Cosimo taught based off his experience and practice in photography. By discussing and showing aspects like exposure levels, shutter speed, and framing a picture, the students, myself included, learned new approaches about the way we had previously known about photography. We had differences though, relating to our faith and politics. Cosimo had grown up in a Catholic church but once he was older, he decided to become a Buddhist and focus intently on the lifestyle. One day in class, Cosimo talked about how he had hope for his next life and that it would be even better than his current. I immediately asked him to explain his thoughts further and he described how he lives following the teachings of the Buddha. Buddhism obviously is different from the Christian religion that I have grown up in, but I was still able to open my mind up to hear Cosimo’s opinions about life and the afterlife. Without alternate viewpoints, we are all agreeing on the same idea and this will not generate new concepts that could ultimately benefit a community of people. I did not agree with Cosimo’s religion because of my own but I am still able to respect and understand how Cosimo thinks, something that benefits our intercultural relationship.

His view on politics also differed from my own, but I did not let that affect our bond through the lens and about the beautiful world in which we live. Italians generally criticized the ways of “greedy Americans” and the decisions we make as a country. They especially denounced our current president, Donald Trump, and his ideas for the future of the United States. I do not particularly like to argue with people about politics because most of the time I am not knowledgeable enough and think it can be pointless in that people can be set in their ways. Despite my personal feelings, I could understand Cosimo’s feelings in that he had a heart for the nature and animals on this earth. He would tell our class stories of his expeditions in the wild, surrounded by the purest form of a safari and the amazing tigers that he photographed. His passion for photography and showing emotion through his pictures is what is truly important, not how we disagree on politics.

I think my experience with Italians abroad, specifically Cosimo, was such an important life lesson for others and any future I have with other intercultural relationships. There are always going to be stereotypes about people of different cultures, race, or ideas but we must not let that stand in the way of connecting with others and learning about alternate lifestyles. In hindsight, I absolutely loved meeting people of other viewpoints.  It expanded my personal knowledge and provided me with the ability to have a stronger compassion and perception of others, something that I believe can always be enhanced. Focusing on other’s actions, both verbal and nonverbal, is the best way we can comprehend how they are feeling and do our best to further unity among one another. 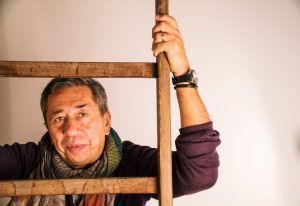 Cosimo Bargellini, my photography teacher during my study abroad class in Florence, Italy.