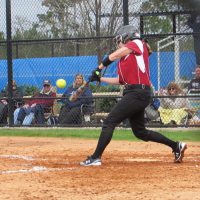 By Abbey Collins on October 17, 2019 in Campus Organizations, Extracurriculars, Sports

Many prospective students are interested in playing on a varsity sports team at Grove City College, but the majority of these students are not aware of the Student-Athlete Advisory Committee (SAAC) that meets to enhance the student-athlete experience at this college. Hear more about SAAC from Liz Scherer.

How would you describe SAAC to a prospective student?

SAAC has student-athlete representatives from each varsity sports team on campus. There are 40 members on the committee since each team sends two reps. We come together to make decisions on National Collegiate Athletic Association (NCAA) rules, Presidents’ Athletic Conference (PAC) rules, events that go on around campus, and basic athletic department decisions at Grove City College. A few of SAAC’s goals on campus include generating a student-athlete voice within the college, PAC, and NCAA structure, serving as a conduit of communication between student-athletes, coaches, and athletic administration, and promote a positive image of a Grove City College student-athlete.

What type of events does SAAC organize on campus?

We do a lot at different sporting events. For example, last year we held a fundraiser during the women’s and men’s basketball games. It was a great time because the entire campus was involved and got to shoot half-court shots and try to win prizes. We are looking forward to doing this event again during the upcoming basketball season. Also, we make sure each team on campus has a brother or sister team paired with them. For example, the Women’s Basketball team and the Men’s Lacrosse team were brother and sister last year, so they both supported each other during their seasons and created a stronger community of athletes.

SAAC initiated the saying, Wolverines Together, what does this phrase mean to you?

Wolverines Together is our motto that we try to embody here at Grove City College, especially as athletes. To me, it means coming together as a community to support one another, and it does not matter if you are in athletics or not. We are trying to be one unit and create a campus-wide community.

SAAC organized an event with the Special Olympics.