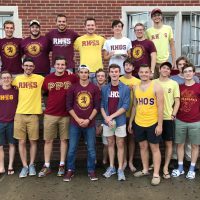 By kirchhoferkf on February 20, 2020 in Housing Groups, Uncategorized

What is a Housing Group? Men have a unique opportunity at Grove City College to join “Housing Groups” (also known as “Independent Men’s Residence groups”). In addition to fraternities, these groups provide a crucial communal presence in the residence halls by their continued involvement throughout all of campus. These groups work individually as well as with other organizations on campus to host events, participate in Intramural sports, and live together in what is called “Block Housing”. 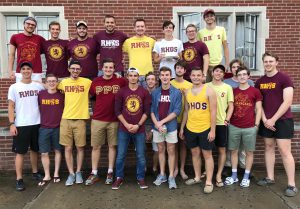 Rho Rho Rho: The Tri-Rho housing group, commonly referred to as the “Rhos,” was established in 1974. The group’s official colors are maroon and gold and their mascot is a lion. Living in Hopeman Hall (a men’s dorm on campus), they pride themselves in being highly involved in campus activities both as a group and also as individuals. As a group, the events they put on annually include: