When the papers pile high and stress hits hard, laughter may indeed be the best medicine—especially when you get a good dose of PhD-caliber antics. Grovers got their fill a few weekends ago when a professor boy band by the name of Un-Direction took the stage of Crawford Auditorium, making its grand debut with a “gob smacking” rendition of a One Direction classic renamed “What Makes You Love This School.” As Un-Directions’ manager, I had a front-row seat to the making of Faculty Follies 2015—an experience neither I nor the 800 in attendance will soon forget. 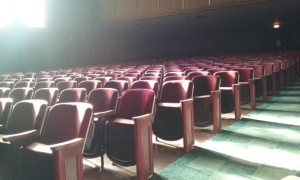 As an annual event that premiered in the late ’70s, Faculty Follies has become a longstanding tradition that not only provides comic relief for the hardworking, but also strengthens community on campus.

“We learn together, we eat together, we pray together—it’s good to laugh together as well,” says political science professor Dr. Coulter (’91). As a seasoned participant, he’s seen Follies evolve from its early days as a departmental variety show to its current status as a cross-disciplinary compilation of outlandish skits.

In 1977 the Chapel Staff birthed the event, which was soon adopted by the honorary societies Omicron Delta Kappa and Mortarboard. Representing ODK, I got to work with the student-faculty team that made it all happen. Though quite a project to tackle—from skit and video development to recruitment of faculty, prop collection, and advertising, as well as the pressure of pulling it all together in just two short rehearsals, somehow it turned out alright. Aside from learning some lessons in event planning and collaboration, I got a unique chance to be part of a Grove City legacy and make a few memories in the process.

As an event that “allows students to see the faculty’s lighter side,” in the words of ODK Advisor Dr. Smith (’72), Follies 2015 did not disappoint. In the opening act, “Evolution of Dance,” fancy-footed faculty broke down the decades from “The Twist” and “Thriller” to “Can’t Touch This” and “Bye Bye Bye.” Additional musical talent was showcased in the “Lip Sync Throwdown,” and English professor Dr. Harvey comically shed light on mopeds, mullets, and more in his “Very Serious Poetry Analysis” of Macklemore’s “Downtown.” 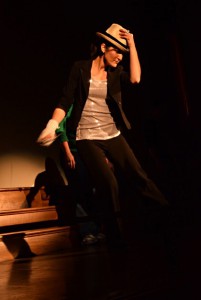 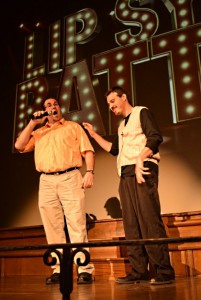 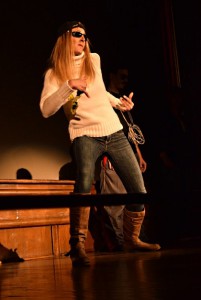 Other acts poked fun at campus culture, such as “Snapple Facts with a Grover Twist.” For instance, according to Snapple Fact 890 “The number one or the word one appears on the dollar bill 16 times,” while Grover Fact 890 revealed that “The words ‘faith,’ ‘freedom,’ and ‘no alcohol’ appear in the Crimson student handbook 16 times per sentence.”

In a parody of Rob Cantor’s “Shia LaBeouf,” prominent historian Andrew Mitchell terrorized the audience with his infamously tough grading, causing students’ GPAs to “topple to the floor, eviscerated.” But Un-Direction soon lifted the crowd’s spirits with their hilariously heartwarming hit single, the lyrics of which quickly reminded everyone of “What Makes You Love This School,” from Starbucks in the Student Union to professors who teach students to “avoid the booze” and “seek the Truth.” 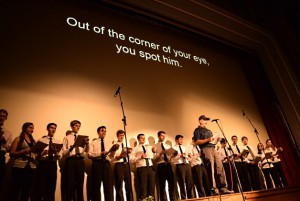 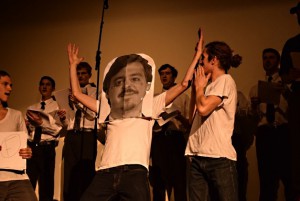 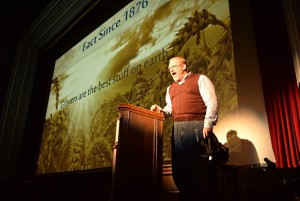 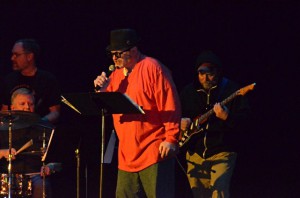 “The Coulter Report,” came next, featuring none other than the distinguished Dr. Coulter, who had the crowd roaring with his sarcastic commentary on Campus Safety’s black bear avoidance strategies. Student-produced videos also sparked some snickering, including “Faculty Fight Club,” “McLachlan’s Papers,” “Just Do It,” “Drake and Dr. Drake,” and last but not least, “The Most Interesting College President in the World.”

In the final act, “Test of Knowledge,” a team of students challenged professors’ proficiency of pop culture. After guessing that “bae” stood for “bacon and eggs,” it was clear that faculty needed assistance to fight off such culture savvy collegians. In a flash, President McNulty came to the rescue, conquering every question with ease and scoring the win for faculty, sending defeated students stumbling back to their seats. 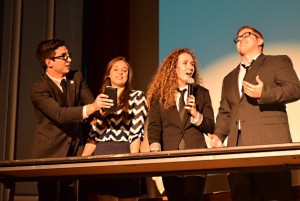 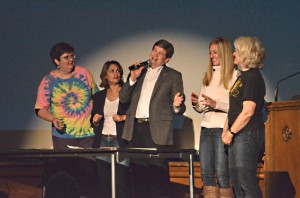 To celebrate their victory and eternal prestige, the entire cast of faculty swaggered off stage to “Downtown” and hopped on kiddie bikes and scooters to wheel their way up the aisles and out the door.

… And not one in the crowd could have asked for more.

Emily ('16) is a Communication Studies major with minors in Spanish and Biblical & Religious Studies. Spending a semester abroad in southern Spain helped to season her interests in writing, Spanish, cuisine, and ministry, which she hopes to pursue in some creative capacity come springtime. She is a pun enthusiast who enjoys softball, jazz, photography, and Manchego cheese.
View all posts by Emily Rothbard →
Top 10 Places You Must Visit Before Leaving Grove City College
Pay No Attention to the Men and Women in White