Faith and freedom are the founding principles that Grove City stands on, but after being on campus you’ll come to realize that it also stands for Family. Grove City seems to attract generations of students following in their parents’ or siblings’ footsteps. Why is that? What makes high school students want to come to the same college as their parents? I decided to talk with one of these legacy students to get some insight. 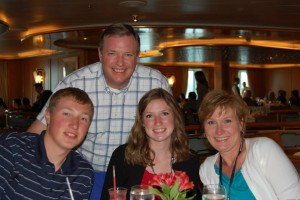 Clifford Hovis ’16, an entrepreneurship major, knew at a young age that Grove City was the place for him. His career at the college started a little earlier than most of his peers; he attended Pre-Kindergarten in Pew Fine Arts. He talked about coming to various college functions with his parents while growing up, whether it be football games or Homecoming. Grove City was a family affair to Clifford, with his parents, sister, 1 uncle, 3 aunts, and various distant relatives attending the school. He describes attending Grove City as an old family tradition.

With so many members of his family that had attended Grove City, he grew up hearing stories about professors, the campus, Greek life, and other traditions. His father, Cliff J. Hovis, graduated from Grove City with a degree in Marketing in 1989. While his mom, Lynn (Johnson) Hovis graduated with a degree in Business Administration in 1989. When the time came for Clifford to start looking at colleges, he knew exactly where he wanted to go. Much to his mother’s nervous dismay, GCC was the only school he visited and applied to! Luckily his parents’ nerves were calmed when he was accepted to Grove City in 2013. 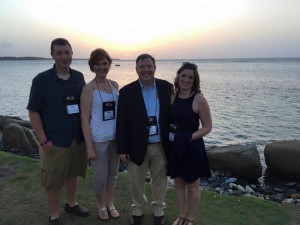 What does Grove City College mean to you?

It is a place where I feel like home. Grove City has played such a major role in the lives of my family members; it gave them a solid foundation to start their lives with. They are all so thankful when they look back on their time at Grove City, because of the things they learned and people they met. For my family, Grove City is their legacy and I hope to continue that legacy.

Why do you think Grove City College attracts generations of students?

Grove City is a conservative Christian school that instills strong values into its students. These students leave GCC and pass them on to their peers and family. People care here, what other school can you go to where your professors actually care about you? Grove City is like a big family, I can’t imagine going anywhere else.

Addie Fox is a senior at Grove City College, majoring in Business Management. Addie is secretary of the Grove City Gun Club and she enjoys doing anything outdoors, whether that be hunting, fishing, or hiking. Addie also spends significant amounts of time spoiling her 5 year old niece and 4 year old nephew.
View all posts by Addie Fox →
The Lascell Girls
Grovers Abroad: Samantha Parry