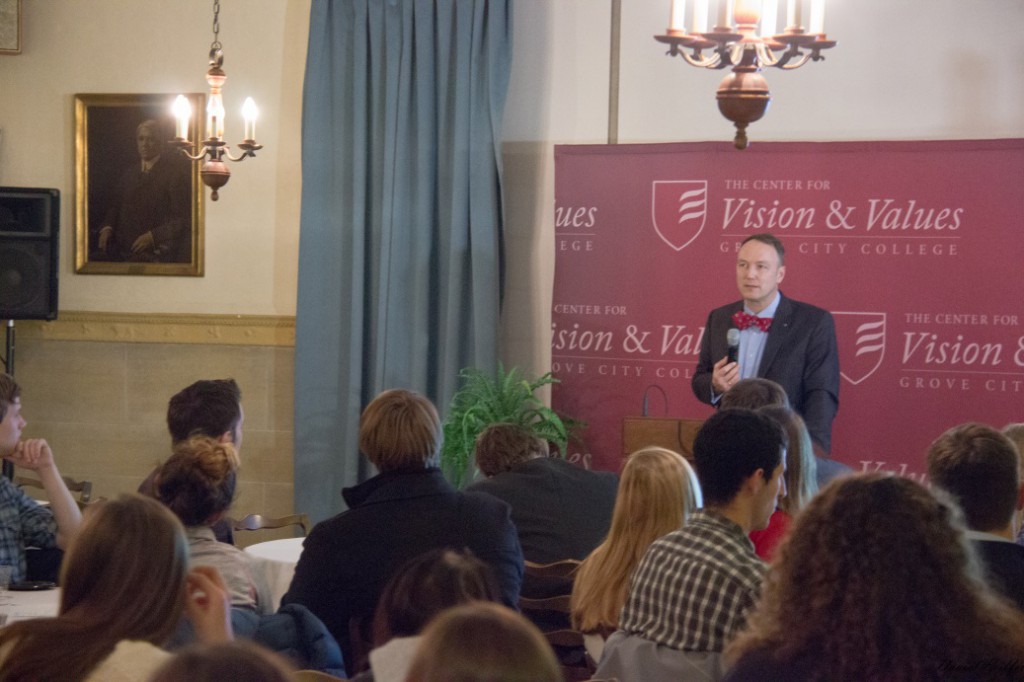 In what has become an annual tradition at Grove City, we recently had the honor of welcoming Dr. Guido Hülsmann, professor of economics at the Université d’Angers in France and a Senior Fellow at the Ludwig von Mises Institute for a two-week visit. During his stay, he guest-lectured in Dr. Jeff Herbener’s ECON 456 Financial Markets and Institutions class, and on the evening of February 10 spoke at The Center for Vision and Values‘ Freedom Readers lecture series. In his talk, entitled, “Refugees: Social Bane or Economic Boon?” Hülsmann addressed the issues facing Europe due to the recent mass migrations of Middle Easterners to the European Union.

In introducing Dr. Hülsmann, Lee Wishing (Administrative Director of the Center for Vision and Values) said, “This is one of my favorite times of year, because this is when Guido comes back.” This remark received nods of agreement from many in the audience who had heard Dr. Hülsmann speak in previous years, and that evening he did not disappoint. His unique perspective as a German native and French resident certainly intrigued the students and faculty gathered ’round, who showed hearty approval with thunderous applause.

Dr. Hülsmann’s English language writings include The Ethics of Money Production and Mises: The Last Knight of Liberalism. I had the privilege of listening to Dr. Hülsmann’s lectures in Econ 456 and at Freedom Readers, and he graciously agreed to sit down with me and share a few details about his career, his research interests and his opinion of our economics department, which I am happy to now share with you.

[The following is a transcript of the interview conducted on February 10, shortened and edited for clarity]

Matthew Leverknight: To begin, can you tell me a little about your background and how you came to economics?

Guido Hülsmann: I started studying in Germany at the Technical University of Berlin, a program double-majoring in mechanical engineering and economic science. Then I discovered pretty quickly that economics was the field that interested me the most, so I began specializing as far as possible in economics, still graduating with degrees in mechanical engineering, business studies and economics. Then I studied more and more economics and did a Ph.D. in economics. At the beginning of my Ph.D. studies I discovered the Austrian school of economic thought and decided to do my dissertation based on Ludwig von Mises’ monetary work. That proved to be very stimulating intellectually and helped me a lot to advance my knowledge of all things related to money and finance, but, it was a big bane on my professional development in Germany because nobody at the time was interested in Austrian economics. Today things have changed, fortunately – a little bit. So then I decided to go abroad and fortunately I got post-doc scholarships which permitted me to go first to France and then the US. In the US I was first at the University of Buffalo (SUNY), went to work for five years with the Mises Institute in Alabama, and eventually returned to Europe. It was then that the demand for the services of Austrian economists began to increase.

ML: Your resume says you like researching the conceptual and philosophical problems of economics. Can you elaborate a little on what that means for you? 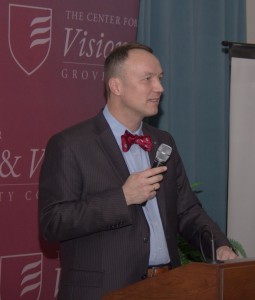 GH: I was always interested in this, and in my economic research this is reflected in the fact that I’m interested in questions related in methodology and epistemology, how do we know what we know in economics, what is the basis of this knowledge? What are the objects and things we have knowledge about, and then as far as the economic analysis is concerned, I was always interested in the question of what philosophers would call the ‘primitives’ of economic analysis, the basic elements beyond which you cannot go. One example would be the analysis of profit and loss which is related to the concept of equilibrium. I think that you have a dichotomous category at the basis of this whole analysis: the difference between success and failure. So these are basic categories of economic analysis which then show up in the equilibrium, show up in profits and losses and so on. Beyond which you cannot go. There is a tendency some economists have to explain why you have success and failure, but I think that it is not possible to do this, precisely because this dichotomy is a primitive, you cannot go beyond it.

ML: So you’re saying economics can only answer so much, and then we have to cut it off there? That because economics is designed to function a certain way, to answer questions beyond just who won and lost can’t really be done?

GH: Yes, such questions cannot be answered with the tools of economics.

ML: One thing I noticed during your lectures to the ECON 456 class, was your mentioning the “moral and political elements of economics”. What role does your own moral belief play in how you look at economics – or what prescriptions you would prescribe?

GH: Of course your own moral beliefs always bias you in your life in favor of certain activities, and in favor of certain things that you’re interested in. Also they bias you in favor of certain political solutions that you think appropriate and so on. There’s not a difference I think in my case compared to anybody else. Of course for a scholar that’s a tension, because as scholars we are supposed to go beyond these biases and to fact-check them. But I guess that’s of course what I do, like all serious scholars are supposed to do. But I also like to stress that scientific inquiry leads you to understand mechanisms though which our spontaneous moral dispositions are reinforced or undermined. I’m interested in these kinds of questions: How do policy changes, or policy stances that we take, through mechanisms that we deal with in economics modify the moral disposition of the population.

ML: So would you say that the study of economics can clarify individuals’ own moral sense? 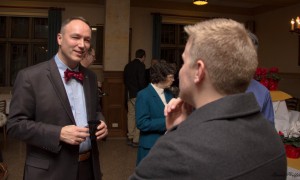 GH: Right. On the one hand, it clarifies the importance of certain moral attitudes that we have, and it helps you to understand the potential threats that come to the moral foundations of the free market economy, coming from different sources, but in particular from government intervention.

ML: To talk a little bit about your relationship with Grove City, how many years have you been coming here to visit on a regular basis?

GH: The first time was – on a regular basis, I would say since 2006. Dr. Herbener has invited me exactly in the same way, to give a couple of lectures and to teach segments of a class. At the time I think it was ‘International Economics’ or something of the sort, and he’s found funding for this undertaking every single year since. So this must be the tenth or eleventh year now in a row that I’ve come to Grove City College.

ML: You’ve worked in several different countries in Europe, you’ve worked here in the United States, and so based on your travels and your interactions, how would you say that Grove City’s economics department stacks up against other undergraduate economics programs you’ve interacted with? 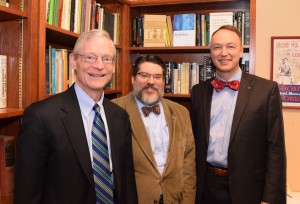 GH: I think it’s excellent. I mean, both as far as the level of students is concerned, but also the professors. All people teaching in professorships, in particular Dr. Herbener and Dr. Ritenour are excellent pedagogues [dedicated to teaching, not just research]. And this not just my personal impression, but can be measured in terms of student output, papers that they’ve been writing and have been presented at conferences. In Grove City you have the annual Austrian Student Scholars Conference, some people have become professors themselves, in economics and also in other fields, so I think the quality is demonstrated.

And plus, here you have the opportunity, which is unique as far as I can see, that you have a whole department that teaches economics around Austrian economics. The core of your curriculum is Austrian economics. You learn the Neoclassical approach as well, of course you have to learn this, but the core is Austrian. There’s no other school in the world where you can do this. I know of no other school, maybe except for the Universidad Francisco Marroquin in Guatemala, of which I have heard but which I have not yet visited. Maybe there’s also one in China, Russia, some language that’s not accessible to me, but I doubt it.

ML: Thank you very much for your time, you’ve provided us with some very interesting and valuable perspectives.

If you are interested in learning more about the GCC Economics Department, please visit their page on the GCC website. To watch streaming video of Dr. Hülsmann’s 2015 Freedom Readers lecture about the Charlie Hebdo massacre in France, you can visit the Center for Vision and Values’ page here.

Matthew Leverknight ('17) is an economics major at Grove City College. His interests include public policy and entrepreneurship,. He is a resident assistant in Ketler Hall and treasurer of the Swing Dance Club. In his free time he enjoys reading (especially historical biographies and books on culture) and is an enthusiastic ballroom dancer.
View all posts by Matthew Leverknight →