By Matthew Leverknight on March 30, 2016 in Academics, Economics, Student Stories 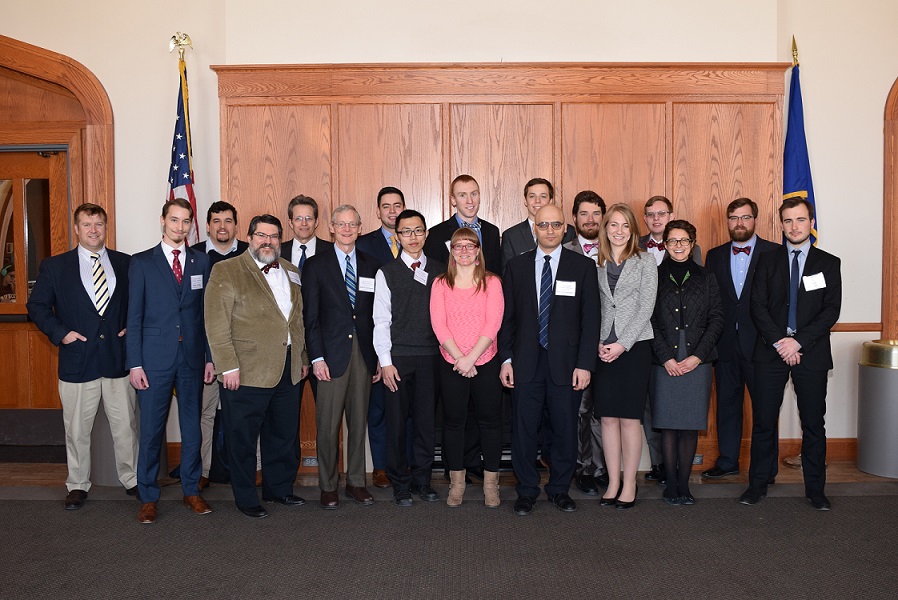 On Saturday, February 27th, 20 undergraduate, graduate and professor level economics scholars gathered at Grove City College to present their latest research. The Austrian Student Scholars Conference was inaugurated at GCC in 2004 by Economics Department Chair Jeffery Herbener, formerly the director of the Austrian Scholars Conference at the Ludwig von Mises Institute in Auburn, Alabama. The ASSC serves a similar role to the Mises Institute’s ASC (now AERC), providing a forum for students of the “Austrian School” of economics, associated with Mises, F.A. Hayek, Murray Rothbard, Israel Kirzner and Joe Salerno. However, what makes the ASSC unique is that, as the name suggests, it is intended for undergrads and graduate students to get their first experience in presenting papers and engaging in discourse with fellow students.

This presents a very special opportunity for the serious undergraduate scholar, especially Grove City students. As part of the ECON 420 ‘Economics Colloquium’ capstone class, every economics major is required to present a paper their senior year, but some students write and present papers even sooner in their careers. At this year’s conference, of the 10 Grove City students who presented two were juniors and one a freshman. Other presenters included undergraduates from Ferris State University, Ph.D. students from Auburn University, George Mason University and the University d’Angers along with a few faculty members from various institutions. 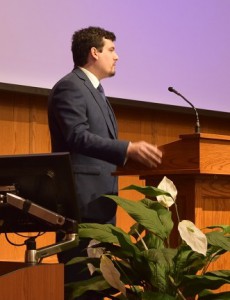 The fun kicked off with great conversation between the different groups represented at the conference over a delicious meal of salmon and pilaf on Friday night. The evening’s keynote lecture, named in honor of former economics department chair Hans Sennholz, was delivered by Dr. Matthew McCaffrey from England’s University of Manchester who spoke about the economics of social entrepreneurship. He presented a convincing argument that social enterprises, which provide social good in the context of business (such as TOMS shoes), can deliver aid more efficiently than conventional non-profits or the government. This is due, he said, to business firms being subject to economic calculation which forces them to weigh profit and loss. By weighing these, the social enterprise can be more effective than a traditional charity that just has money given to it. 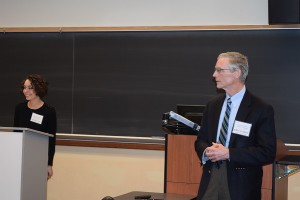 Saturday morning marked the beginning of a full day of paper reading and discussion. The sessions were organized into 1.5 hour blocks, with three papers presented in each. Sessions sorted papers into common themes which this year included Domestic Policies; Technology, Modeling and Economics; Ethics and Economics; International Policies; Labor and Wages; and Money Production. After the papers were presented, with each presenter allocated 20 minutes, there followed 30 minutes of discussion about the papers where listeners could ask questions to clarify points, or make suggestions on issues raised in the papers that could be further investigated.

After two series of sessions it was time for lunch and then on to more papers. By the end of the day, topics including Social Security, labor policy, the Gold Standard and international development had all been discussed. This diversity of topics made the day a quick introduction to serious academic thought on a variety of issues.

Before the papers were presented, they were read and judged by a panel of Grove City College faculty for the Richard E. Fox Prize. First place (with a $1,000 cash prize) went to Ph.D. student Karl-Friedrich Israel from the University d’Angers, while 2nd and 3rd prizes went to two GCC seniors, David Werner and Jon Nelson. Israel’s paper: “Modern Monetary Policy Evaluation and the Lucas Critique” addressed Robert Lucas’s argument that the results of changes in economic policy can not be adequately predicted using economic modeling. David Werner presented an overview of the effects the California Gold Rush of 1849 had on the monetary supply in his paper: “Gold: Rushing and Minting”, and Jon Nelson’s “The Economics of Science, Technology and Government Intervention” assessed some effects that governmental subsidization of applied research can have on the economy. 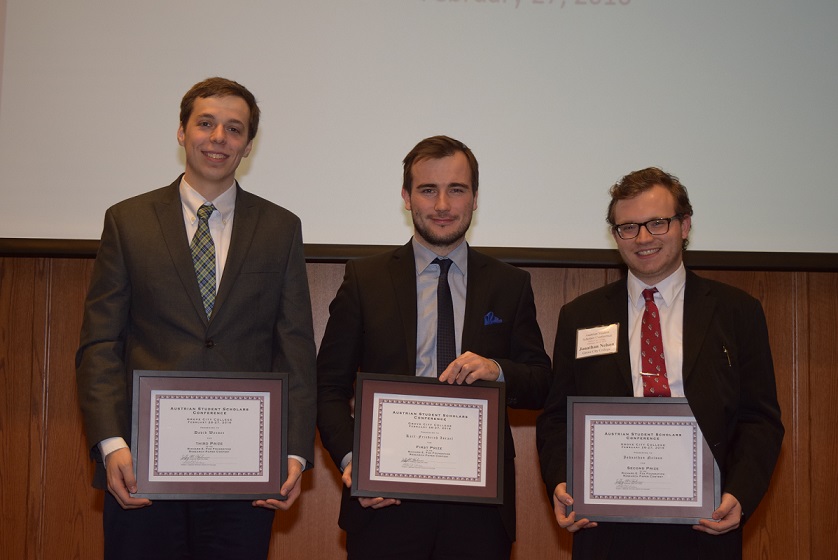 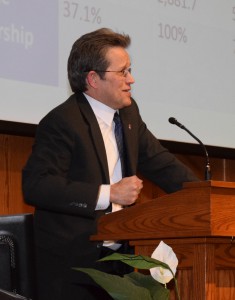 After the presentation of the prizes, Dr. Mark Brandly of Ferris State University delivered the Ludwig von Mises Memorial Lecture on “Mises, Calculation and Government Land Ownership”. His recounting of how he came to economics after majoring in math in college and working in the petroleum industry had the crowd laughing. He also managed to make the main topic of his talk: explaining how the government’s ownership of land affects investment decisions in harvesting natural resources, accessible to audience members less familiar with economic theory.

It was a busy weekend, but a fun one, and a great opportunity to meet students from other institutions. The Austrian Student Scholars Conference is just one of many ways Grove City provides unique experiences to its students.