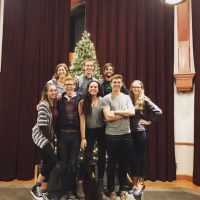 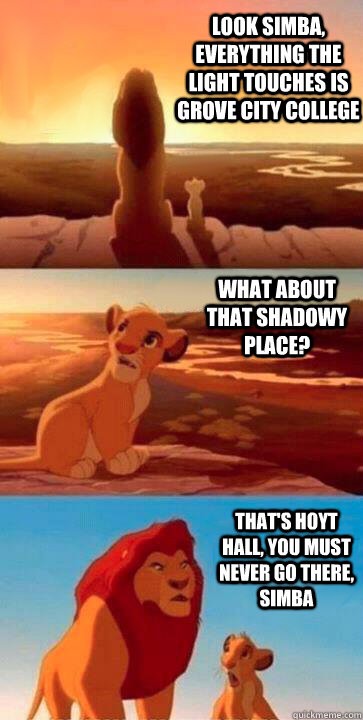 What is the most unique, eye-catching, ridiculous object you can come up with? This out-of-the-box question is what encompasses the Make Movement. The movement strives to clash together crazy entrepreneurs with risk-taking engineers; and the result is flame-throwing musical instruments. It was the goal of GCC senior engineers Logan Mackenzie and Sam Cooper to coax the engineers out of the shade of Hoyt Hall and the entrepreneurs off their lofty third floor in HAL – bringing them together in holy innovation, much like the Make Movement. Sam and Logan noticed that campus is rather segregated in regards to major studies. The engineers stick to their structured equations and the entrepreneurs continue to come up with ideas with no ability to develop into reality because they simply cannot build it. Logan and Sam sat down with Entrepreneurship professor Yvonne English to address this concern. In this meeting, the Maker’s Design Competition was born.

The whole concept of the competition was to encourage entrepreneurs and engineers to come together and make some sort of prototype that was exceptional in either design or functionality… or both. With the help of the Center for Entrepreneurship and Innovation, Logan and Sam were able to offer a small allowance to each team to develop their idea over a period of three to four months. After Professor English had motivated Sam and Logan to write down the basics of the competition on paper it was time to find their team members. Sam sent out a mass email to several students that Professor English recommended would be a great asset to the team. Not soon after that, a team of two had grown to a team of four engineers, four entrepreneurs, and one international businessman. In the eyes of the entrepreneur, this competition was a startup, and it had to be treated, loved, and worked on as so. 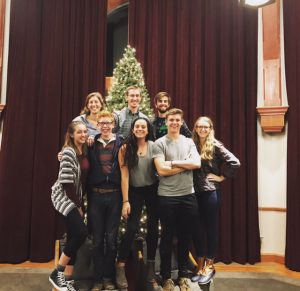 s Design Competition (MDC) team has established itself as a small family, the students began their first order of business by organizing a mixer right after Thanksgiving break to set the stage for mingling. To promote this event, Sam and Lindy (me) delegated marketing tasks to the rest of the team. Posters were hung a week before the mixer and the day before little dum-dum lollipops with advertisements on the sticks were spread all throughout the academic buildings. Fun Fact: The MDC hand-attached the advertisement tags to the lollipop sticks. In total, they prepped over 900 dum-dums. To pass the time while working, the team watched the movie, “The Grinch”.  With cookies, games, and example projects to draw in the wandering engineer/entrepreneur, over 50 individuals showed up on the night of the mixer. Of course, the night was not complete without a family MDC photo in front of the Christmas tree. 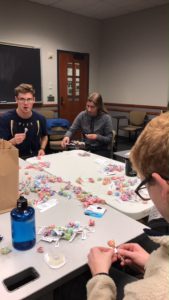 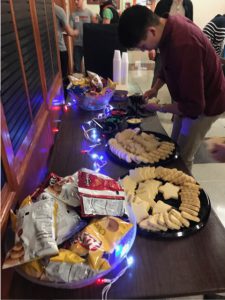 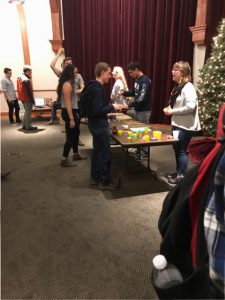 Once engineers and entrepreneurs happily mingled, teams began to form. Within a few weeks idea submissions were stacked alongside two large pizza boxes on a table in the STU – the MDC team sitting around the table ready to read over all the applications. After about an hour, the final 10 teams were confirmed to go onto the semi-finals after Christmas break. These 10 teams were also allotted a $50 allowance to use for any materials they may need to build their prototype. Upon returning to campus, the teams had another two weeks before presenting their progress in front of a panel of six professor judges (two entrepreneurship, one marketing, one economics, two engineering). The judges then narrowed the competition down to four teams to go on to the final round.

Two weeks later these four teams stood before another panel of judges and an audience to re-present their idea. 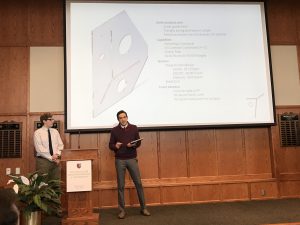 A hand-made guitar made of wood. 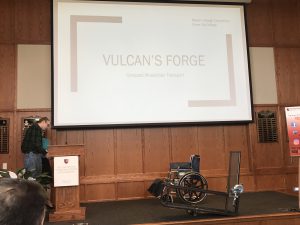 A wheelchair lift with a crank to raise/life a ramp so users did not have to bend over and lift the chair. 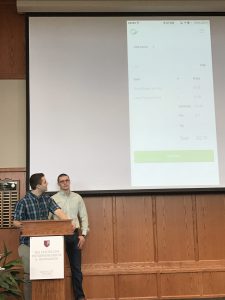 An app for smartphones that allows users to pay for their check without going through a server or table kiosk.

With 10 minutes to wow the room and a $400 grand prize on the line, the teams were cut-throat and ready for battle at 1 p.m. Saturday, Feb. 25. In a fantastic turn of events, the teams were so great the judges ultimately decided to give three prizes of $400, $300, & $200 for 1st, 2nd, & 3rd place (respectively). First place went to Graphrite for their amazing design and unique product. Second place went to Lees Guitars for his presentation style and beautiful guitar, and lastly, third place went to Vulcans Forge for the wheelchair lift that was valuable to any family with a loved one in a wheel chair.

It has been a pleasure working with the MDC team and the entrepreneurship department to put this competition together. There is definitely room for improvement for next year’s competition, but the fact that the idea started in a professor’s office in September of 2016 and ended in February in Sticht Auditorium is worthy of applause.

A senior entrepreneurship major that keeps busy giving tours, taking photos, participating in sorority events, and being sassy.
View all posts by Lindy Bowser →
One Day of Thanks
From the Spotlight to the Wings: Working in the Theatre