By hassingerlw18 on May 29, 2022 in Athletics, Greek Life, Uncategorized 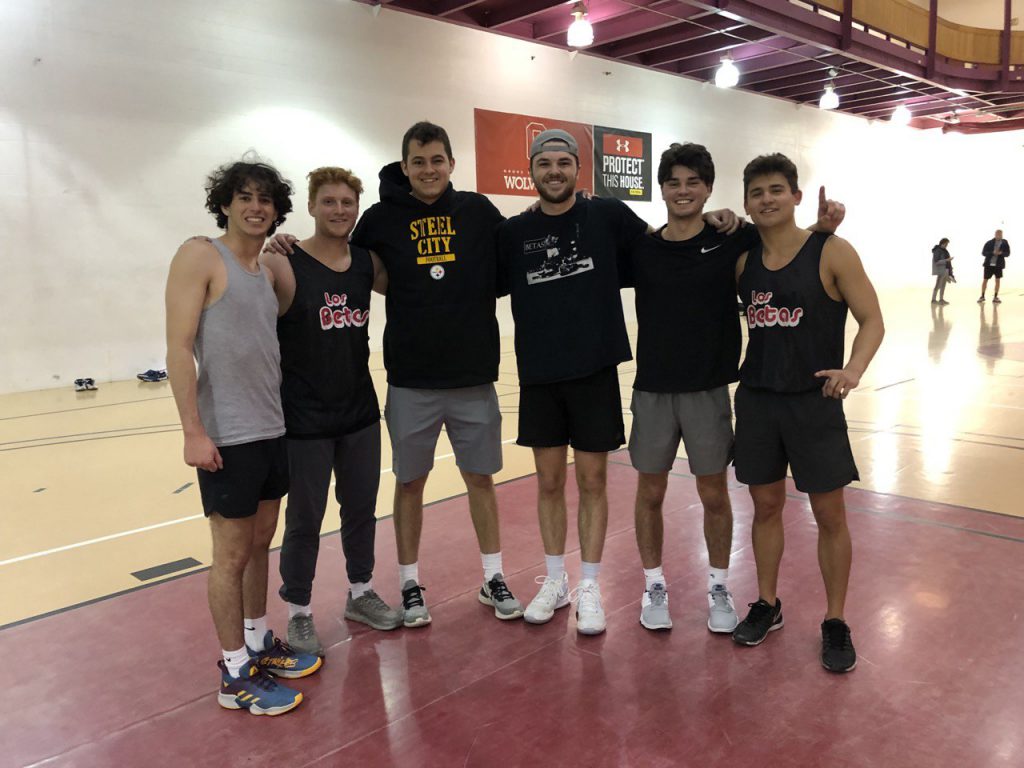 Intramural sports are extremely popular here at Grove City College. They allow students of all skills and talents to compete in a myriad of sports. Recently, we brought back IF sports which is inner fraternal sports. Inner fraternal sports is the league that all Men’s Greek groups compete for the IF cup, a prized trophy awarded to the fraternity that can succeed at the most diverse level of competition.

IF athletes compete in games like football all the way to bowling. This past month we played in the IF dodgeball championship. The Betas were the number one seed, and we had a first round bye. Games were set up in a standard fashion. Each team lined up on each side of the basketball court separated by the half court line. Standard dodgeball rules applied, and we ended up playing the Sigma Alpha Sigma Fraternity in the final and won in five games.

Ultimately, IF sports gives students the opportunity to compete with their brothers in hopes of winning the IF Cup. This opportunity has been so special to have back as it provides a new way for us to connect with other groups on campus and compete to glorify God. Not only is this a cool way to connect with groups on campus, but also it is a great way to connect with alumni and have pride in the current class of members. The conclusion of the IF season is coming closer with other sports such as softball and soccer entering playoffs. Grove City Greek Life provides a multitude of opportunities to grow closer to the community around you and the rebirth of IF sports brings this growth into the field of competition. While you have the ability to do this without being in a Greek group, playing for your fraternity exhibits a new type of competition on campus that I have found to be very fruitful and a memory I will always remember.